Distant relative of the badger spotted at Woburn Forest 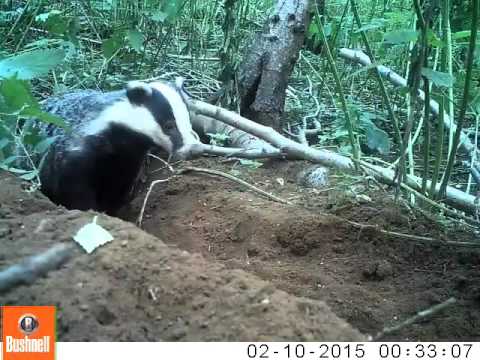 In an exciting wildlife development, Woburn Forest’s conservation team have caught their first badger on camera in daylight. The footage was captured earlier this month, as September is a prime time for the team to carry out surveys which will establish where the badgers are setting up home for the winter.

Lucie Vicentijevic, Conservation Ranger at Woburn Forest, says: “There are a couple of badger setts on the Village. This individual was out in the day, which is unusual as they are mostly active at night.

“At this time of year they are taking advantage of all the food around, they will be feeding on crab apples, acorns and blackberries from the surrounding fields.”

Caught on candid camera: an otter spotted at Longleat for…

(VIDEO) Woburn Watch January: Your monthly insight into the…

Woburn Watch March: Your monthly insight into the build of…

Woburn Watch April: Your monthly insight into the build of…
Share