See inside the forest with our latest nature notes

See inside the forest with our latest nature notes

During April, we saw plenty of migrating birds arriving on our village, with the familiar call of the chiffchaff and the singing of the willow warbler signalling the start of spring. The majority of chiffchaff will have spent winter in the Mediterranean and Western Africa, before moving northwards to nest in our cooler, wetter climate. The willow warblers tend to migrate more than 5,000 miles from sub-Saharan Africa to nest – their eggs weigh about the same as a 1p coin! Both birds will start returning to warmer climates as autumn approaches.

We’ve also noticed swallows and a sand martin swooping over the lake – both birds eat ‘on-the-wing’, flying over waterways to catch and eat insects mid-flight. In previous years, we’ve had a pair of swallows nest on the village, so we’re keeping a close eye out for them this year.

So far, we’ve counted four long-tailed tit nests – these are built in areas of gorse and camouflaged with lichen and spiders’ webs to protect the eggs from predators.

We’ve also spotted seven badger cubs at our main sett and they’re starting to explore further afield – we’ve even seen evidence of them at the Creepy Crawlies activity area.

In Suffolk, it’s been a later arrival for our summer visitors, with swallows arriving almost two weeks later than in previous years and brambling staying around a lot longer! We’ve also spotted three endangered species – the lesser redpoll, fieldfare and redwing – during our breeding bird survey, as well as two more endangered species – tree pipits and yellowhammers – and some of our more common birds including a red kite, bullfinches, stonechats, woodlarks, house martins and crossbills.

In exciting news, we also spotted redstarts, which are a species which are scarce in Thetford Forest. We are hoping they may breed this year.

We’ve also spied a ruby-tailed wasp, which doesn’t share the synonymous yellow and black stripes of the common wasp – instead it has red, blue, green and bronze metallic hues.

During our closure period, our roe deer population ventured out of their usual sanctuary and were spotted resting next to lodges. They’ve since retreated back to the quieter parts of the forest, but keep your eyes open, as they’re regularly spotted by eagle-eyed guests.

For several days, we observed a pair of red kites descending below the treeline and calling – we think this behaviour (which is out of the ordinary for them) might mean they were looking for a place to nest, but we’ve not seen them recently. We’ve also spotted a female sparrowhawk in the woodland and we have a pair of buzzards nesting in a Douglas fir.

Our team of rangers also spotted a seldom seen mammal nesting in one of the mammal survey tins – a pygmy shrew!

The mammal population has been particularly active at Whinfell Forest, with two new inhabitants in the lake – a pair of otters! Our staff have nicknamed them Whinnie and Pennie (short for Whinfell and Penrith) and, while one of the pair is a little more camera shy, the other has been showing off their fishing prowess for staff and guests alike. We’ve also spotted a fox taking up a nightly patrol and we’ve seen evidence of some new badger setts.

Early last year, a pair of swans arrived and made themselves at home on the lake but, as the summer came, they moved on. However, like a lot of our guests, they couldn’t stay away and they were back before the end of 2020. In April, we noticed they had built a nest and, in May, we were rewarded with the sight of six cygnets!

One less cute, but equally interesting, resident is the St Mark’s fly, so called because they’re supposed to emerge on 25th April (St Mark’s Day). The fly has a very short lifespan and is only in flight for one week. Much of their life is spent as larva in the soil – they feed during autumn and winter then, as spring arrives, the males emerge followed by the females a few days later. After mating, the females lay their eggs and die soon afterwards. A short but fascinating life!

After an initial sighting of just three ducklings, our lake is now a hive of activity, with ducks, swans and a pair of herons spotted. We’re also thrilled to see the grass meadows growing up, ready for the fallow deer to graze on as they prepare to calf their fawns. Our wildflower meadows are looking beautiful and will provide sustenance for the bees and butterflies that are starting to emerge.

Elsewhere on the village, there are baby blackbirds, blue tits and robins who are gearing up to take their first flight and, based on the calling heard from the woodland around the car park, our sparrowhawk has once again nested in the trees.

Finally, if the old saying is to be believed, we’re in for a nice, dry summer! Our oak trees burst into life before the ash this year and, as we all know, “Oak before ash, in for a splash. Ash before oak, in for a soak!”

To book your Center Parcs break and see what nature you can discover, visit our website here 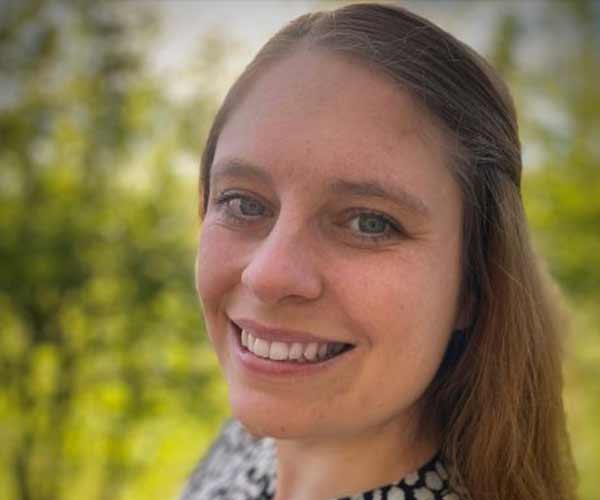 As PR & Media Relations Officer at Center Parcs, I’m always hearing amazing stories from our teams on the villages. I’ll share as many of these as I can with you, as well as giving you a glimpse behind the scenes to see what goes into running a Center Parcs!